“…Homelessness looks different for young people than for adults, advocates say, starting with the reasons they’re driven there in the first place. Some are homeless as a result of the death, incarceration or substance abuse of a parent, or overcrowding in their homes. Others run away, age out of foster care or leave a juvenile justice facility with nowhere to go. Disproportionate numbers are African-American or gay, lesbian, bisexual or transgender.

“They call themselves an invisible population because they look like everyone else,” said Deborah Harburger, a clinical instructor at the University of Maryland School of Social Work. “They blend right in, and yet they’re having to find a place to lay their head at night.

“They’re living with their friend, and then in two weeks they’re going to go to their cousin’s. They’re holding down a job and they’re trying to go to the community college. Maybe they have a kid with them. They don’t have stable housing, but they’re working paycheck to paycheck. They’re scraping by.”

Chapin Hall, an independent policy research center at the University of Chicago, reported this month that one in 10 unaccompanied young adults ages 18 to 25 experience homelessness at least once during a 12-month period. At least one in 30 youths aged 13 to 17 also face some form of homelessness without a parent or guardian.

The report, “Missed Opportunities: Youth Homelessness in America,” is part of the research center’s Voices of Youth Count initiative, regarded as the country’s most comprehensive research initiative on the subject. The findings, based on a national survey and in-depth interviews, show that youths in urban and rural areas experience homelessness at similar rates, and that minorities, LGBT youths and high school dropouts are at higher than average risk.

Researchers conducted a similar count throughout much of Maryland for the second Youth REACH MD report, also released this month. They identified more than 2,300 youth as unaccompanied and homeless based on surveys and the number of people younger than 25 who sought local homeless services.

Advocates say the number is an underrepresentation, but offers a starting point to better understand the scope of the problem and find policy solutions.

State researchers are looking for youths who are lacking a safe, stable and adequate nighttime residence. They included people who are couch surfing or sleeping in shelters, among other situations. The majority were in Baltimore.

“In many ways, this problem of youth homelessness is really a canary in the coal mine, warning us about a whole bunch of issues that we’re having in this country,” said George Jay Unick, the University of Maryland School of Social Work professor who was principal investigator for the local count. “Whether it’s affordable housing, the opioid epidemic, challenges to our foster care system, underinvestment in public transportation — who gets hurt are these vulnerable youth…”

Click here to read the full article from the Baltimore Sun >>

Don't have a safe or reliable place to stay?

Connect with someone who can help.

We have a list of resources to guide you. 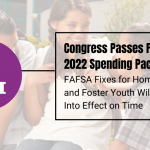 On March 10, 2022, Congress passed a legislative package including over $1.5 trillion for the final … END_OF_DOCUMENT_TOKEN_TO_BE_REPLACED 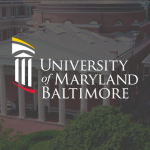 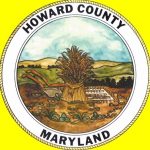